Welcome to GYLO 19 - Virtual! by Admin

Welcome to GYLO 19, our first ever VIRTUAL event!

How GYLO 19 Virtual Worked:
Everyone submitted a photo and brief description of their car and/or memorabilia, then we set up polls and everyone perused and voted!

Categories were set up based upon the number and variety of cars submitted.


Although not in-person, still a fun event!

BOE Torque 200 NA Tune - Passed Maryland Emissions
by DWilde
Thanks for that! Been curious as I've purposely never driven a SC/Turbo Elige because I'm pretty sure I'd want one on mine... A NA Tune seems like the next best thing (keep me away from your passenger seat!). I wonder if the other Tunes now available (Inokinetic & MWR) have similar cold start or other issue(s)? MWR appears more complicated to install...?

Good luck getting your Code resolved, that would drive me crazy... literally

Jul 29, 2020 20:33:29 GMT -5 DWilde said:
Hello ksm! Been awhile... Curious about your thoughts on the Torque 200 after 2+ yrs? Would you do it again or stick with stock? I have no (current) desire to SC or Turbo... Any downsides one would plan ahead for? Appreciate any feedback, Dave
Hey Dave!  Excellent to hear from you!

In short, yes, I would do it again. However, as you drive your car WAY more often than I drive mine, note the following:

Positives: (1) The engine is noticeably stronger. What I recall noticing immediately after the tune install was being able to leave the car in 6th up a certain hill (that I drove frequently) without what had been the typical need or bog-down feeling to shift down into 5th. Leaving it in 6th had become fine; (2) The power bandwidth became more linear. The lowered cam shift is smooth (but no more 6250 rpm jolt, which I miss); (3) the nice exhaust pops and gurgles are still there.

Negatives: (1) Known cold-start issue. Phil (BOE) knows about this issue, indicated that it’s common for the NA Torque 200 tune in general and that he can’t really do anything about it. For my car, it takes at least a couple attempts to start (unless already warm or at least beyond that initial start). With a cold start, it more or less sputters to life rather than springs to life. Once warm, it’s fine, though.

Other negative, though it could be my car and not the tune: P0139 comes up (came up 266 miles after installing the tune). I reset the code and it comes back again. Phil doesn’t believe this is from the tune and I could not find where this issue was consistent for everyone posting about the tune. So, it could be the tune or it could be my car (I have my original ECU and tune; but I haven’t yet tried switching back to see).

Other observation but I’m not citing this as a negative, just an observation and I don’t know if this is from the tune or something else with my car or what: the cooling fans seem to come on more often than they did. Engine operating temp is still as it was for OEM, though (187 to 189 typically).

Just one other comment is that the tune was to include software that one could use via the OBD port to, I think, swap tunes and perform minor tweaks; but I’ve yet to see that software (and I don’t think I will).

All in all, I remain quite happy with the tune. I myself can live with the cold-start issue; but I would eventually like to sort out the P0139 issue (which I believe is O2-sensor related).


Update: Added positive point that the nice exhaust pops and gurgles are still there after the tune.

MBCA|GWS Shenandoah Track event
by realkiran
I'm registered. I'll be in the novice group as I've never been on this track before. Green '08 Exige. See you there!

Question - my car is very loud (2bular decat + arqray catback), should I install another exhaust to make sound at this track? Any suggestions?
MBCA|GWS Shenandoah Track event
by DWilde
God willing... I plan to participate both Sat & Sun. Hope to see more than MB's on the track! Skid Pad is also planned to be open, great controlled environment to help learn limits...

Dave
BOE Torque 200 NA Tune - Passed Maryland Emissions
by DWilde
Hello ksm! Been awhile... Curious about your thoughts on the Torque 200 after 2+ yrs? Would you do it again or stick with stock? I have no (current) desire to SC or Turbo... Any downsides one would plan ahead for? Appreciate any feedback, Dave

Photo of the Week

Photos of the Week by Admin
Congrats to our GYLO 19 Best In Show! 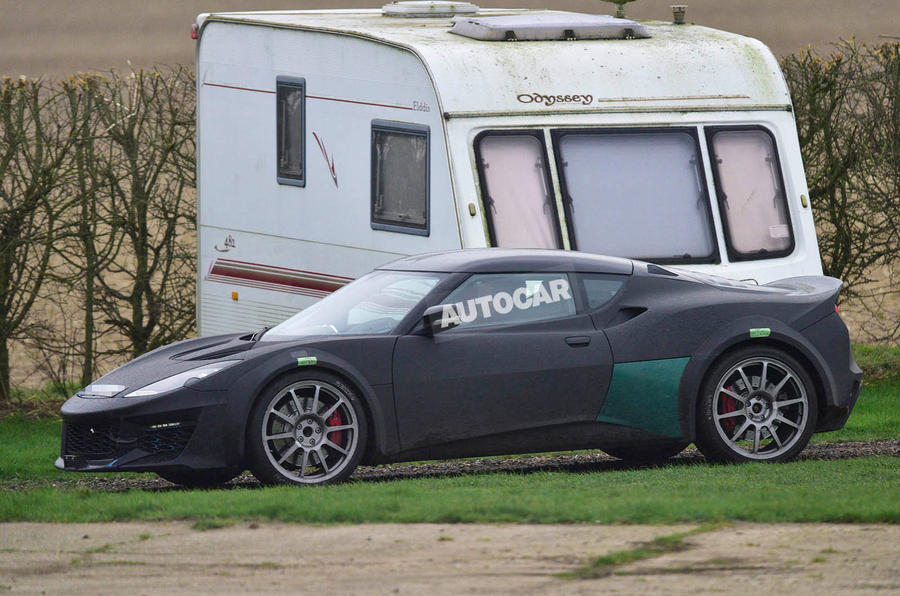 The spiritual successor to the Lotus Esprit, which will use a V6 powertrain and be priced above £100,000, has been spotted testing for the first time ahead of its 2021 debut.

Development prototypes of the upcoming Ferrari-baiting sports car have been seen close to Lotus's headquarters in Hethel, Norfolk, disguised by Evora bodyshells that have been widened to accommodate the modified chassis.

Although these early prototypes don't give any clues towards the new car's styling, it's widely expected to adopt the design language seen on the 1973bhp Evija electric hypercar.

Exclusively revealed by Autocar earlier this year, the reborn Esprit will be the first all-new Lotus production car for twelve years.

It's set to use a V6 powertrain sourced from Toyota, supplemented by a hybrid system developed in-house that could push power north of 500bhp. In that case, it would eclipse the 410bhp Evora GT410, although the car is expected to sit above it in the Lotus line-up rather than replace it outright. 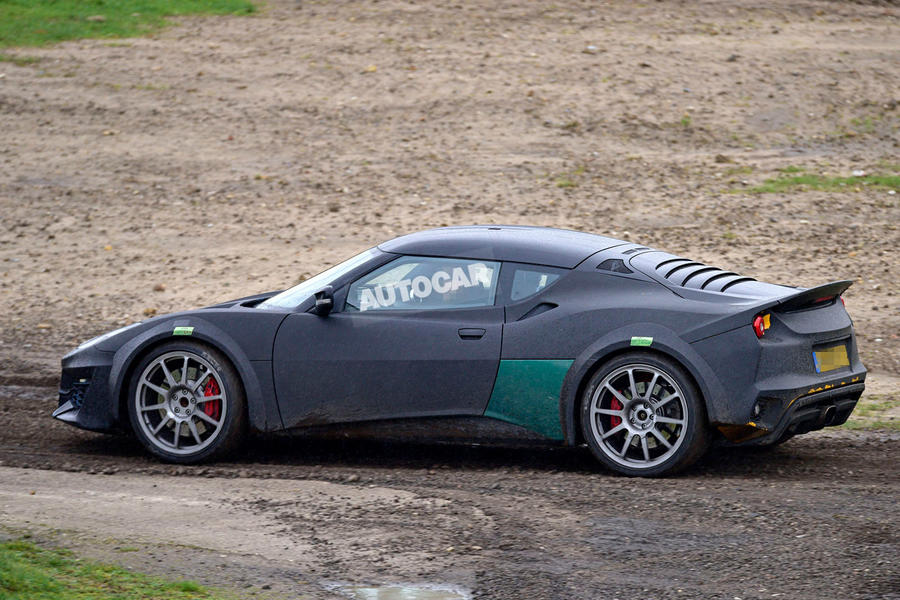 The Esprit should have a mid-engine layout and a two-seat cabin instead of the 2+2 layout found in some Evora models.

The new car will be the last to use Lotus' extruded aluminium platform, ahead of an all-new design arriving alongside a greatly expanded model range that could include a reborn Elan to compete with the Porsche 718 Boxster.

It's currently unknown whether Lotus will choose to reuse the Esprit name or give the car an all-new title.

Lotus currently sells around 1500 cars per year but is in the process of expanding its Hethel base to enable it to build 5000. This is part of the British brand's five-year plan that will include the introduction of its first SUV, as well as the Evija and more mainstream sports cars, thanks to investment from new Chinese owner Geely.